Your home’s concrete slab isn’t something you typically think about, but it’s actually one of the single most important components of your entire house. It’s responsible for stabilizing your home and any major defects can cause serious problems. As such, it’s important that you understand the different defects that are most commonly associated with concrete slabs and why they need to be immediately dealt with as soon as they’re discovered. 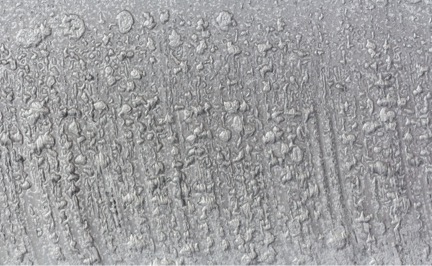 While some small cracking may not be a big deal in particular situations, even tiny hairline fractures can lead to major problems down the road. Ultimately, a crack in a home’s concrete slab foundation could affect a home’s flooring or overall stability.

“It is to the credit of concrete that so few complaints are received on the vast amount of construction put in place,” the Portland Cement Association writes. However, issues do occur in certain situations and should be dealt with as soon as they’re identified. Here are a handful of common defects and what they mean.

Blisters, as the name suggests, are formed when bubbles of entrapped air get stuck underneath an already sealed surface and produce bumps of varying sizes. These defects are typically identified when the concrete slab is being laid and simply requires some alteration to the actual concrete mix in order to prevent more blisters from appearing.

Blisters are more of an annoyance than they are a structural problem and shouldn’t cause any long-term issues for homeowners. In fact, you’ll probably never know if your concrete slab even has blisters. You may be able to identify them on a concrete floor, should you have a basement with exposed concrete. 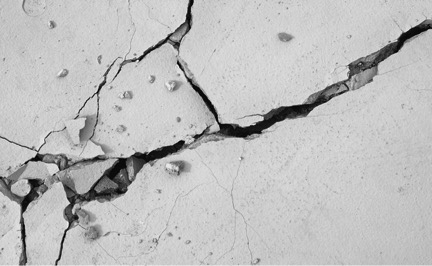 One of the biggest problems with concrete slabs is that they have a tendency to crack under certain instances. Some common causes of cracking include thermal contraction, subgrade settlement, drying shrinkage, external or internal restraint to shortening, and applied loads.

The construction crew will typically address cracks that develop during hardening. However, it’s the ones that develop over time that eventually cause issues for homeowners. These settlement cracks can develop over embedded items like reinforcing steel, or adjacent to other foundation materials.

Aside from external factors, the strength of the concrete is most important in determining how well it’s able to prevent cracking. Most people don’t realize that concrete comes in a variety of strengths, but the reality is that not all concrete mixes are equal. Inadequate strengths can lead to future cracks – especially if there are improperly placed tension control joints.

Specifically, there are three types of cracks in concrete slabs. Shrinkage cracks aren’t severe, because they rarely indicate any structural defect. However, they can occasionally be a source of radon or water entry into the structure. Settlement cracks indicate that there was inadequate site preparation when the slab was poured. These cracks need further analysis to determine whether or not they indicate a larger problem. Finally, frost heaves are the most serious. They can indicate a substantial risk and should be dealt with as soon as possible.

“Curling is the distortion (rising up) of a slab’s corners and edges due to differences in moisture content or temperature between the top and bottom slab,” says the Portland Cement Association. “The top dries out or cools and shrinks more than the wetter or warmer portion.”

Curling is typically dealt with before it becomes a problem, as it usually shows up during the drying process. However, if not fixed during construction, curling can lead to significant cracking in the ensuing years. 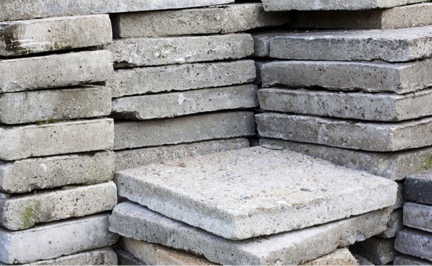 Surface scaling occurs when the surface of hardened concrete degrades to a depth of 1.5mm to 5mm during the first year or so of placement. This is generally the result of an issue with the curing of the concrete and cannot be controlled by the homeowner.

“Scaling is most common in concrete with poor surface strength, caused by finishing a slab while bleed water is on the surface, or overworking the surface resulting in a lower air content,” writes Dennis Yurconis of Abstract-Concrete.com.

Concrete slab issues and defects aren’t always easily identifiable, but should you find an issue, it’s important that you deal with it as soon as possible. Hairline fractures and minor defects can grow into major problems in just a short period of time. While it can be easy to play the blame game, it’s important to start by addressing the issue. You can then deal with the responsibility of the problem.

At Edens Structural Solutions, we serve the foundation repair needs of customers throughout northern Oklahoma. Whether it’s residential or commercial foundation repair, we have more than 30 years of experience and knowledge and are more than qualified to diagnose and fix any problems you may have with your concrete slab. We run our company based on the two “I’s” of good business: intelligence and integrity. If those are characteristics you’re looking for, please don’t hesitate to contact us today. We’d be happy to provide you with a free consultation.